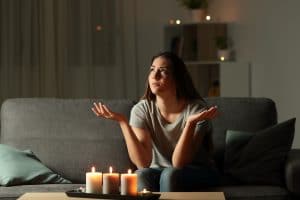 As if California doesn’t have enough struggles! While trying to rebound from the coronavirus pandemic, deadly wildfires, and facing blistering heat, California is in the middle of another dangerous crisis – blackouts.

While California had record-breaking temps soaring past 110 degrees Fahrenheit (43 degrees Celsius) in some areas, many residents experienced complete darkness in mid-August. Californians are bracing themselves for more power outages as warnings that the state may be short on energy resources arise. California energy officials announced the first rolling blackouts since the 2001 energy crisis, which left as many as 2 million without power.

Temps continue to skyrocket. Grid operators are warning they may be short on energy resources, and residents could enter into darkness once again.

What Exactly Happened? Why did the power go out?

On August 14th, California power grid operators confirmed that two megawatt-generators were out of service. One 500-megawatt generator tripped offline unexpectedly and another 750-megawatt unit was out of use. Both generators failed during Friday’s peak hours. That fateful Friday’s outages started at about 6:30 p.m. when the state’s grid operator determined power reserves had fallen below a critical threshold and called a ‘Stage 3 grid emergency.’

If both of these generators had been in service, grid operators wouldn’t have had to call for outages, and hundreds of thousands of residents wouldn’t have gone without power, said Anne Gonzales, a spokeswoman for grid manager California Independent System Operator. During a record-breaking temperature high at 7:30 p.m., they had to call on all of their reserves.

The Dangers of a Blackout

We have to consider, along with mass blackouts, that a lengthy heatwave can also trigger outages as outdated utility equipment fails in the heat. Transformers (metal cylinders sitting on top of power poles) can potentially break down, leaving them more vulnerable to catch on fire if they can’t cool off at night. Californians experienced a 10-day heatwave in 2006 where more than 1,500 devices were lost, each one knocking out power to a neighborhood in the process.

With COVID-19 forcing many people to seek shelter in place, the blackouts make this challenging time all the more unbearable. Californians are no strangers to sudden power outages though. Before the pandemic, regional utilities cut off power to millions of customers to prevent their power lines from igniting wildfires. Although these blackouts were caused by unusually strong winds, it’s just one more consequence of extreme weather – likely brought on in part by climate change.

The unexpected and unannounced outages in California in mid-August happened because a power plant malfunctioned. This is a grave and abrupt reminder of just how frail power grids are in the face of harsh or extreme weather conditions. Californians aren’t the only ones facing power outages. Scorching temps have put New Yorkers at risk, violent winds swept through the Midwest, and a tropical storm in the Northeast left millions of residents without power.

The Sol-Ark Pre-Wired Inverter System simultaneously manages power to and from Solar, Battery, Grid, Load, and Generators. Growing concerns surrounding energy efficiency are on the rise – and they should be. However, you can protect your self. The Sol-Ark 12K is simple to install and can be used in Grid-tied, Off-Grid, or Battery Backup solar applications. The System automatically switches to battery power in the event of a blackout in 4ms, so you don’t have to reset your coffee timer for the next morning. Home powered with a Sol-Ark power system is like breathing air, you don’t even know it’s there. Everything is easy and automatic.

Start taking matters into your own hands. While we can’t predict when or where the next heatwave, wildfire, or hurricane will occur, we can take active measures to prepare for them. Keep yourself and your family covered the next time a major blackout occurs or mother nature decides to throw an unexpected weather scenario at us. Sol-Ark’s lightweight, touch screen system is easy to install, and you don’t have to worry about any external components like fuses, breakers, or a combiner box. The system is equipped with backup power and is Wi-Fi enabled for easy monitoring. Call Sol-Ark today and keep your family’s power on during the next blackout with Sol-Ark’s award winning technology.